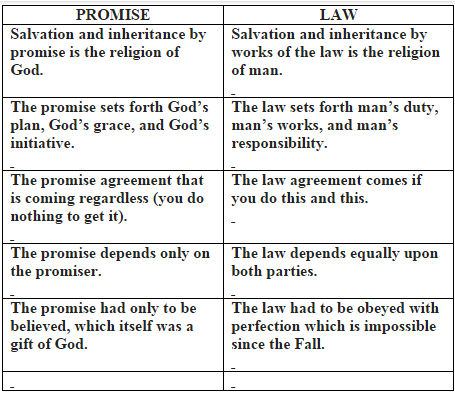 That purpose is not to give salvation, but rather to convince man of his need for salvation.

“Satan would have us to prove ourselves holy by the law, which God gave to prove us sinners.”

Martin Luther said,
“The principal point…of the law…is to make men not better but worse; that is to say, it sheweth unto them their sin, that by the knowledge thereof they may be humbled, terrified, bruised and broken, and by this means may be driven to seek grace, and so to come to that blessed Seed (who is Christ).”

Dietrich Bonhoeffer said,
“It is only when one submits to the law that one can speak of grace…I don’t think it is Christian to want to get to the New Testament too soon and too directly. We must never bypass the law and come straight to the gospel. To do so is to contradict the plan of God in Biblical history.”

More in Grace to You